Home Where We Work Syria

Syria is facing a two-pronged problem that impacts sustainable livelihoods and resilience of the Syrian people: entering its eighth year of active conflict and climate change impacts in terms of recent droughts. In 2006, at the beginning of the current drought in Syria, rainfall declined by 66% across the country. This was one of the worst droughts in Syria in recent history. Not only was the drought one of the worst in history, it was also aggravated by the Syrian Government, who provided subsidies for water intensive crops, which, in a region where water was already hard to procure, was not an efficient plan for water conservation. The drought led to an increase in food insecurity and mass migration to urban areas and out of the rural climates. Moreover, the agricultural sector in Syria relies heavily on irrigation, yet since the start of the conflict, the agricultural irrigation infrastructure has been severely impacted by the total damage to agricultural infrastructure and assets. 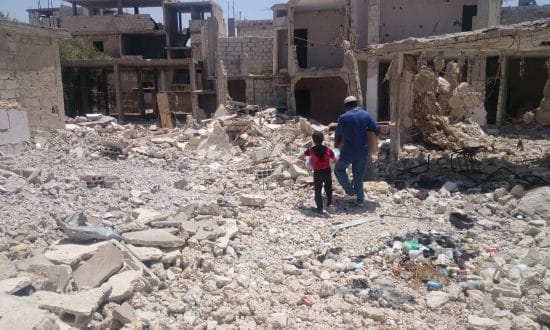